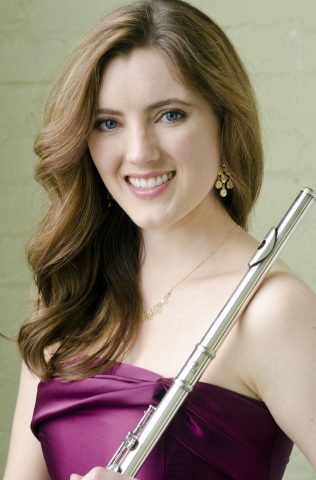 In the Cleveland area, Virginia performs as principal flutist of the Cleveland Opera Theater and is a musician in residence at the Cleveland Clinic. Additionally, she has performed at the 2000 Olympics in Sydney, Australia, the Seminari Musicali Internazionali in Prato, Italy, National Flute Association conventions in San Diego and Kansas City, and Oberlin’s Credo chamber music festival, and with the Canton Symphony Orchestra.

Her musical interests also extend into the realm of jazz and early music ranging from recording projects on modern rock CDs to performing J.S. Bach’s Brandenburg Concerto No.5 on baroque flute with the Case Western Early Music Ensemble. A native of San Diego, Virginia is a member of the California Young Artist Guild and in 2006 was a finalist for the Northwestern Concerto Competition. In 2008 she won second place in the National Flute Association Piccolo Artist competition.